Searching for tricks on how to increase your skill rating in Overwatch? “Effective” DPS choices could be their own tier. Each choice depends on the team composition around them. Pharah, when paired with a Mercy, can demolish shields and take out entire enemy backlines. The same can be said for a talented Doomfist. McCree takes out airborne enemies and easily destroys shields with Fan the Hammer.

Platinum is where microphones start to play a major factor. People here have gotten out of the bottom 50%, so reaching the >15% of Diamond and above starts to seem like a tangible goal. Here, you’ll see people strategizing based on maps, game modes, and enemy team compositions. Players will save their Ultimate abilities, waiting to combine them with those of their teammates, and will know exactly when to join a fight and – more importantly – when to back down. Diamond houses about 10% of Overwatch’s player base at any given time. It’s a big upgrade from Platinum, as Platinum is still adjacent to Gold in the ranking system. Once you reach Diamond, you’ll rarely come across players who don’t use their microphone, text chat, or the command wheel. Here, teams who don’t work together will inevitably lose, plummeting back down the ladder to Platinum.

Talk with Your Team. There are a lot of gamers (and a lot of pros actually) who prefer not to communicate during matchmaking games, but in game like Overwatch using voice chat is also a key to success. Imagine you have an Earthshatter (Ultimate Ability) ready as Reinhardt and just died with it on the point. You have a Mercy with Resurrection and one DPS alive there also, but there are ~6 enemies on the point. So let’s say since you’re dead it’s 2v6 and there is no reason to use Resurrection there, but you know that Earthshatter is a game changer ultimate ability if used properly. The problem here is that even on high ranks most likely Mercy do not check the scoreboard that frequently so she misses a huge opportunity. So it’s all about one call from your side and you will have a chance to save the game.

Skill rating increase advice: Don’t stress minute SR changes: You want to win all your games, of course—but the thing is, you’re not going to. The way Overwatch is balanced means that players will lose games, roughly the same amount that are won. Your SR is going to fluctuate, which means there will be losing streaks with dips. But remember that Overwatch’s ranking system is doing its job when this happens, and you’ll likely even out. Alternatively you can attempt to get help from a professional skill rating improvement provider. See additional details at Boosting for Overwatch.

Higher ranks: Role mastery, knowledge, and callouts: So, you’ve made it past the lower ranks and you’re in the higher tiers of the ladder, like Platinum or Diamond. What’s next? While having great aim and decent game sense is what got you to this tier, you’re going to need to work even harder to climb the ladder further. Specifically, three things are more important than anything else: mastering a role; having a strong understanding of heroes and maps, and communicating specific pieces of information. Whichever role (damage, tank, support) you played the most while down in the lower ranks is the one that you should aim to fully master in the higher ones. This is because you’ve already spent a lot of time learning where you fit into the team and what your job is, and at these ranks, other players will be just as experienced as you are.

Sys requirements for all games 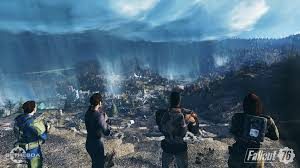 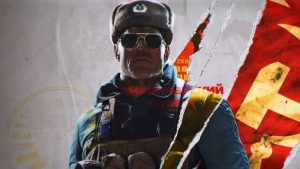